As the new year approaches, taxes are probably the last thing on our minds; however tax credits should be. Here are three credits due to sunset on December 31, 2019. 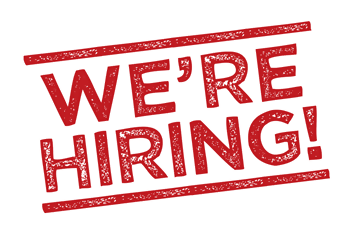 The Work Opportunity Tax Credit WOTC is a federal tax credit available to employers who hire individuals from certain sections of the population that have difficulty finding employment. The WOTC was first introduced in 1996 under the Small Business Job Act. At that time, it was intended to be short-lived; however, it has survived to this day and although set to expire on December 31, 2019, it may live well beyond that. Two bills in Congress aim to make the credit permanent: the Work Opportunity Tax Credit and Jobs Act in the Senate; the Veterans Back to Work Act in the House.

WOTC regulations allow the credit if members of the following 10 “targeted groups”, which includes certain welfare recipients, ex-felons and some veterans, are hired.

The WOTC is a nonrefundable credit. It will reduce the tax payable only up to the amount of business income tax or social security tax owed. The amount varies. The credit is calculated as a percentage of qualified wages paid to an eligible worker during the first year of employment, who must have worked at least 120 hours. If the employee worked at least 400 hours, the credit is 40 percent of first year wages up to $6,000, for a maximum credit of $2,400. If the employee worked less than 400 hours but more than 120 hours, the credit drops to 25 percent, for a maximum credit of $1,500.

In order to claim the credit, an employer must obtain certification from the state workforce agency of their domicile that the employee is a member of the targeted group. This can be done by filing Form 8850, Pre-Screening Notice and Certification Request for the Work Opportunity Credit no later than 28 days after the employee commences employment.

Employers who pay their workers even when on family or medical leave are eligible to claim this credit, provided the amount paid was not less than 50 percent of regular wages and the worker earned no more than $72,000 in 2018. In addition, the employer must have a written policy in place that provides at least two weeks of paid family and medical leave, annually, to full time employees. The length of time is prorated for part time employees. The worker must have been employed for one year or more.

Family and medical leave includes leave given due to:

The credit is calculated as a percentage of the wages paid for up to 12 weeks each tax year, starting at 12.5% and increasing by 0.25% for each percentage point that the amount paid exceeds 50 percent of the employee’s wages, to a maximum of 25%. 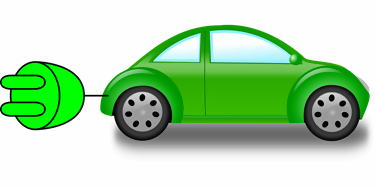 There’s a credit aimed at encouraging companies to “go green” when purchasing new vehicles. The amount of the credit varies from $2,500 to $7,500 for every new electric vehicle EV purchased depending on vehicle size and battery capacity. The credit also depends on the number of vehicles sold by manufacturers. It’s available for the first 200,000 vehicles sold by a particular manufacturer, after which it is phased out. Two manufacturers – Tesla and GM – have already surpassed that sales threshold.

Efforts are being made to extend at least two of these credits. Either of two bills, if passed by Congress, would make the Work Opportunity Tax Credit permanent. And automakers, led by GM and Tesla, are lobbying to raise the ceiling on the credit to 400,000 vehicles. However, at the date of publication, Congress had taken no action. Thus, these three tax credits are set to expire at the end of 2019. You should use them, or, unfortunately, you will lose them.

It's Free and it's Worth Your Time!

What Are The Benefits Of Outsourcing Bookkeeping?

What is My Tax Return Estimate?